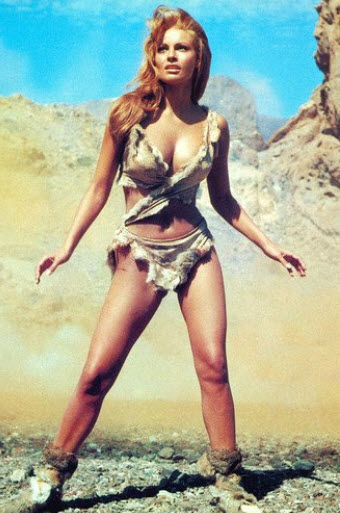 Raquel Welch is an actress and singer. In the field of pin up pictures, she is chiefly known for the legendary promotional movie still of Welch wearing a deerskin binkin in the 1966 film ”One Million Years B.C”. She only had three lines in the film, but the poster became a best-seller and turned her into a world-famous sex symbol. In their review of One Million Years B.C., The New York Times called Welsh “A marvelous breathing monument to womankind”.

Here is Welsh the famous deer-skin bikini, described in promotional material as ”mankind’s first bikini”. The iconic pose of Welch was taken by the unit still photographer.

In 2011, the deer skin bikin was included in the Time’s list of ”Top Ten Bikinis in Pop Culture”.

Welch stated in an interview that three form-fitting bikinis were made for her, including two for a wet scene and a fight secene. The costume designer Carl Toms draped her in doe-skin and then cut the material with scissors while she was wearing it.

Raquel Welch started appearing in movies in 1964. After her performance in Fantastic Voyage (1966) she landed a contract with 20th Century Fox, who lent her to the British Hammer Studios for One Millions Years B.C, which premier in the UK 1966 and US 1967.

Despite often being type-cast as sumissive sex symbol, Welch managed to break the mold and carve out space for herself playing numerous strong female characters.

She focused on TV throughout the 1980s, and was nominated for a Golden Globe Award for Best Actress in Television Film for her performance in the film Right to Die (1987). In the 1990s, Welch returned to the big screen with movie such as Chairman of the Board (1998) and What I did for Love (1998). 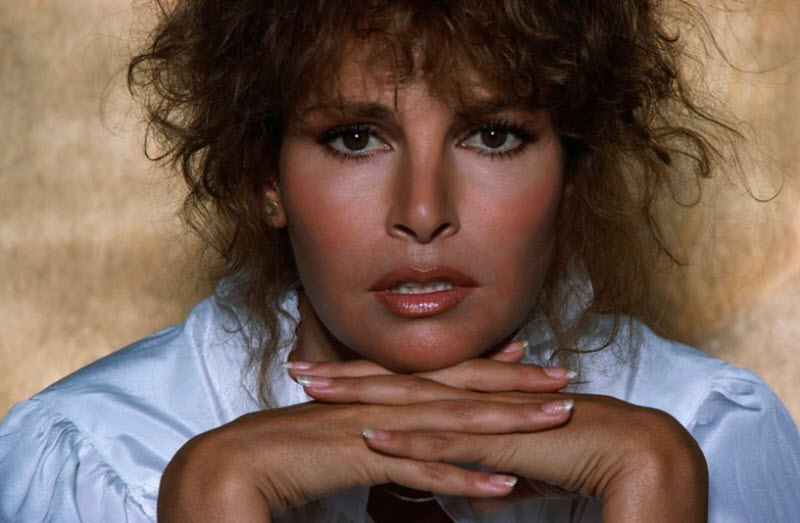