Pin Up Girls is a slot from iSoftBet inspired by 1950s United States and the pin-up girls of that era – and it also features one male model on the reels. The reels are set in a summery beach environment, where scantly dressed men and women are having fun in the sun. A opulent red car completes the image of carefree post-war bliss.

The pin-up ladies and the (strangely overdressed man) can of course show up on the reels, alongside 1950s nostalgia items such as the pink scooter, the red convertible, rollerskates, and a transistor radio.

Pin Up Girls can be found in casinos that feature games from iSoftBet. This include popular casinos such as BiStarz casino, CasinoEuro, casumo and trada casino. I personally prefer Casumo casino due to the fact that they tied all the games together into a story. 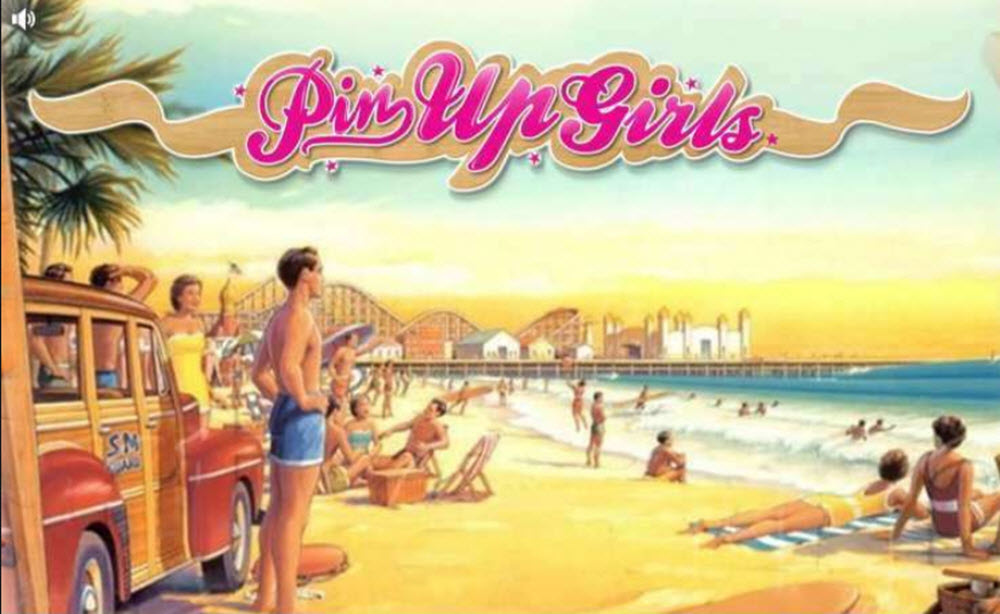 This is a 5-reel slot

You decide how many paylines to activate, from just ine to all nine.

You can adjust the coin value, and then set the line bet level (1-5).

The highest paying of the regular symbols is the man. He is followed by a short-haired blonde wearing white, a curly brunette in a pink bikini top, a red-head in a pale blue blouse, and the smiling auburn lady in the red bathing suit.

The scatter symbol is a blonde woman dressed in black and wearing bright read lipstick.

The wild symbol is a short-haired read-headed woman with a bright white smile. She can replace any of the regular symbols, but not the scatter symbol or the bonus symbol.

If the wild appears on the centre of reel #2 or #4, it will expand to cover the entire reel AND award you with 10 free spins. With this set-up, the slot makers have elected to do something a bit different. Normally, it is the scatter symbol that is the key to free spins on slot machines – not the wild. This is a nice change that helps the Pin Up Girls slot to stand out from the crowd, especially considering how popular the pinup-theme is among slot makers.

During the free spins, background will look different and the reels will be framed by two pin-up girls. 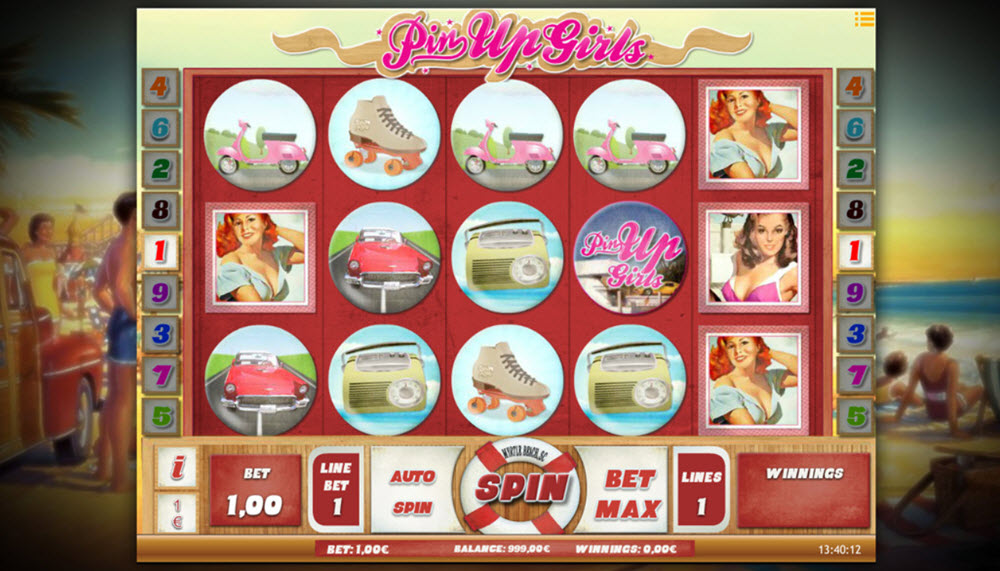 The Pin Up Girls logo is a bonus symbol. If you get at least three, anywhere on the reels, the bonus game will start.

The bonus round is played on a second-screen with no reels. You will see a green wall and a basket. Inside the basket is five posters. Select one of the posters and pin it on the wall. The longer it stays on the wall, the more money you win. (At the end of the bonus round, will get to see how much money each of the other four posters would have given you.)